With Cell Surgeon released, expo season was in full gear, and we wanted to be exhibiting at every gaming expo possible, to market the game!

Whist SMASH isn’t really a gaming expo, but more a COMIC / ANIME expo, fortunately our game had Anime like characters, and that makes us a decent fit to the expo! It was also the first time SMASH was allowing indie games to be showcased.

Since it was an ANIME expo, merchandise was a big thing, and we decided to prepare a whole range of merchandise to show for this expo, which was going revolutionalise the way we do future trade shows.

Smash Merchandise has had many weeks of planning and preparation. We were inspired by SuperNova and the Artist Alley. It’s a naive belief to think that we do trade shows just for “getting our name / game out there”. Artists (and other shops) sell merchandise at Expos to hopefully make back their table costs ($400-$500), and hopefully abit of profit, and that at least makes good business sense. So we were cringing about the fact that we had to pay for a table just to gain only exposure.

This is a good example of bringing strategies from other industries into your industry.

We decided to sell A5 prints! However we didn’t have enough artworks in A5 format, and so we specifically commissioned some artists to draw some A5 posters weeks beforehand.

A friend said badges sold really well, so we decided to make badges!

We also attempted to create a gift box where people can buy the whole collection of our merchandise, and learnt that we can get it manufactured on Alibaba.com, along with many other cool ideas like Key-rings, USB sticks, stickers, pens etc. However due to time / money constraints, we didn’t go ahead with it. (But its queued for the future!)

We also created a booklet, a wrote a post mortem report for Cell Surgeon.

Basically, our booth was gonna look pretty slick with alot of attractive goodies! 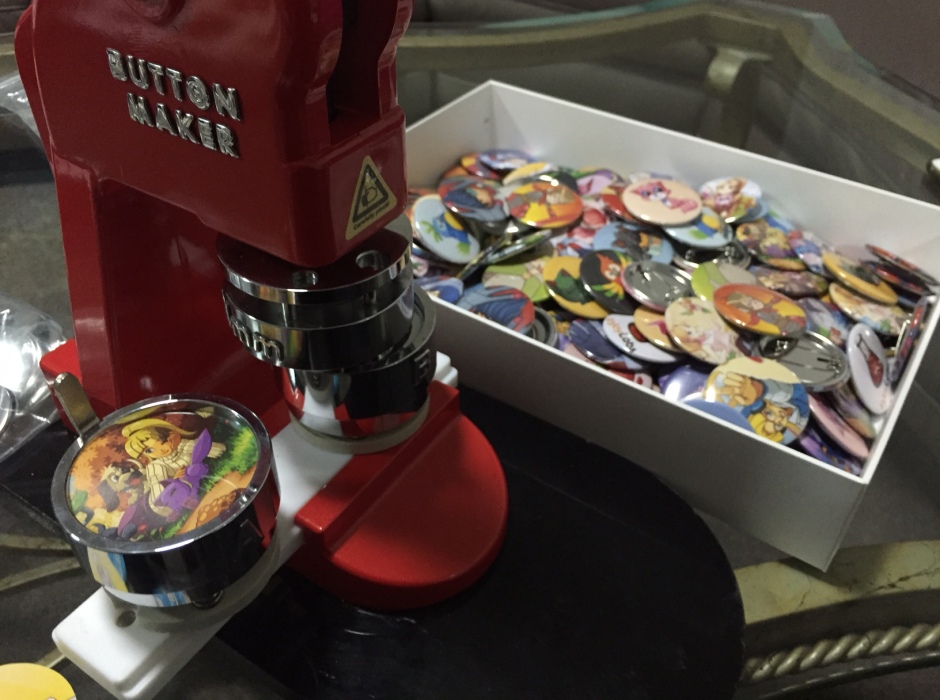 It was our first time selling merchandise, and its funny to see our merchandise (Posters for $5, Badges for $2) cost and sold more than our actual game Cell Surgeon ($2.99). Sales wise, we probably only made around $50 for the 2 days. (In which interestingly, an overpriced lunch at an expo would cost $20). So basically we earnt back our lunch money.

Otherwise, we met some and new and familiar game developers during the days. A lot of friends and familiar faces came to visit, and it was just pleasant & validating to see people enjoying the game, after working on the game for many months. Some people really really liked the game, and we gave away some merch for free as gratitude. Someone even finished the whole game of Cell Surgeon from start to finish, sitting there for 1.5 hours straight playing!

Shout-outs to Jenny Tao for baking up some Injoylabs cookies! Those were awesome!

And so we had cookies to give to some dedicated play testers. Bet you haven’t seen any game booth offer cookies before! 😛 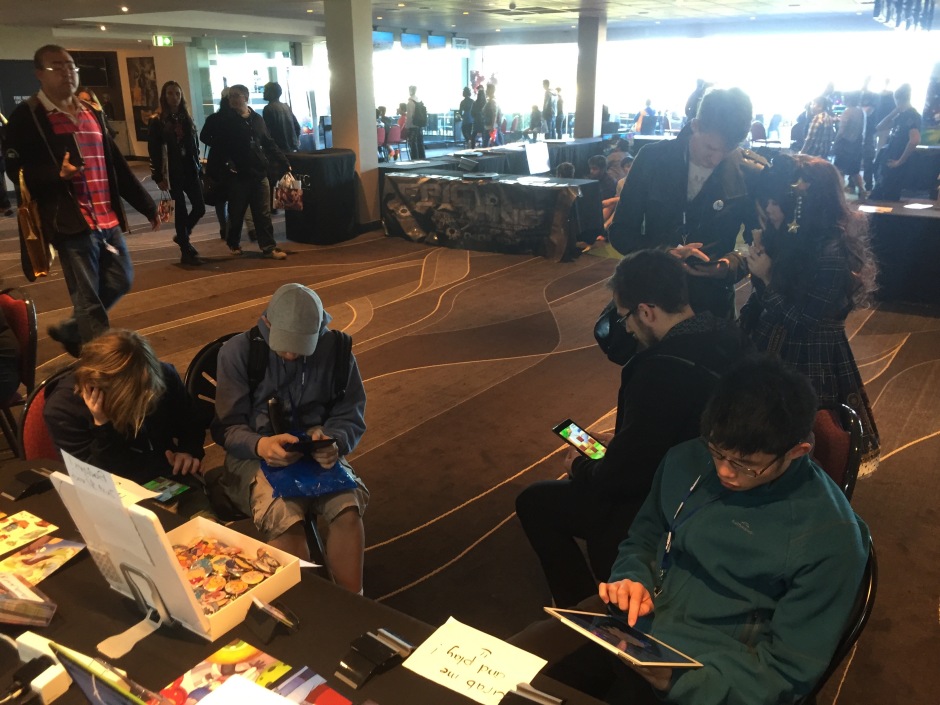 It was a great sight to see Mind of Klink team again! They interviewed us about Cell Surgeon at EB-Expo many years ago, and they were super nice to interview us to talk about Cell Surgeon again now that its finally released!! It was a warm fuzzy reunion feeling. You can check out the interview here! 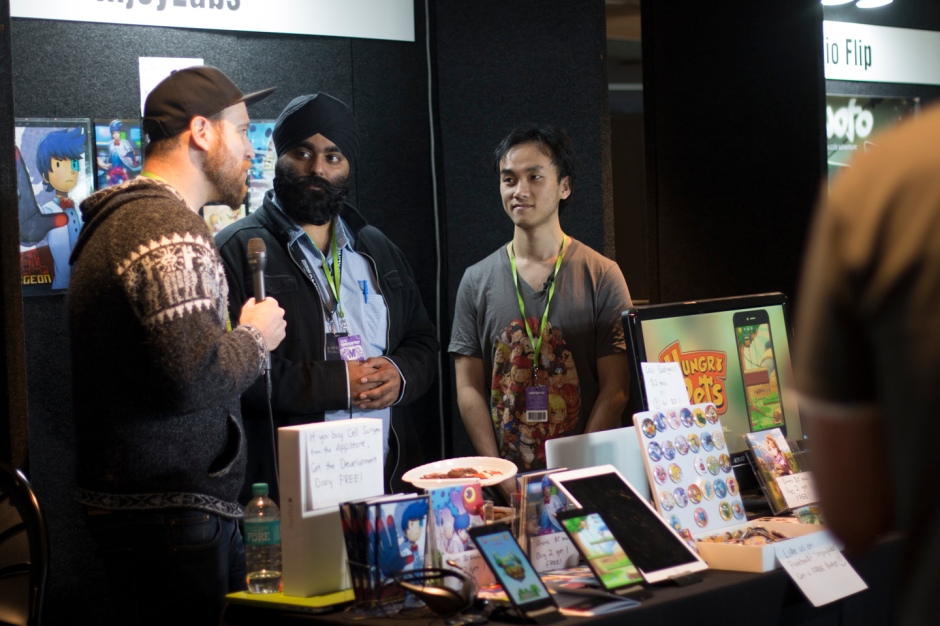 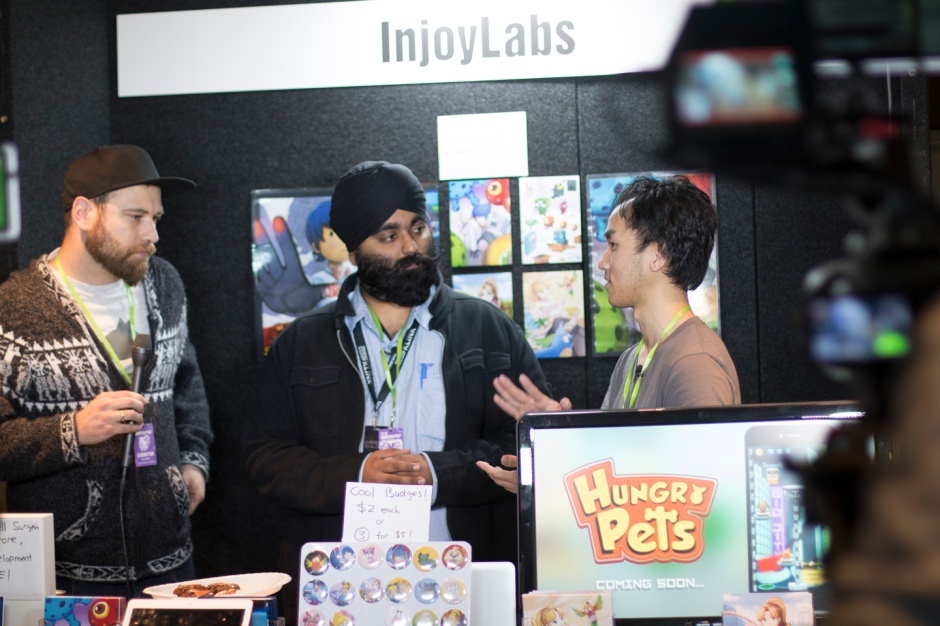 Overall it was a very enjoyable experience. Whenever you start thinking “business” and “how much would you make back”, it’s never justifiable, as you will most likely  be making a loss.

But if you just don’t think about the money aspect and just enjoy the day, its just nice to be in good company with everyone, from cosplayers, fellow game developers and indie Artists, friends and family, team members and press.